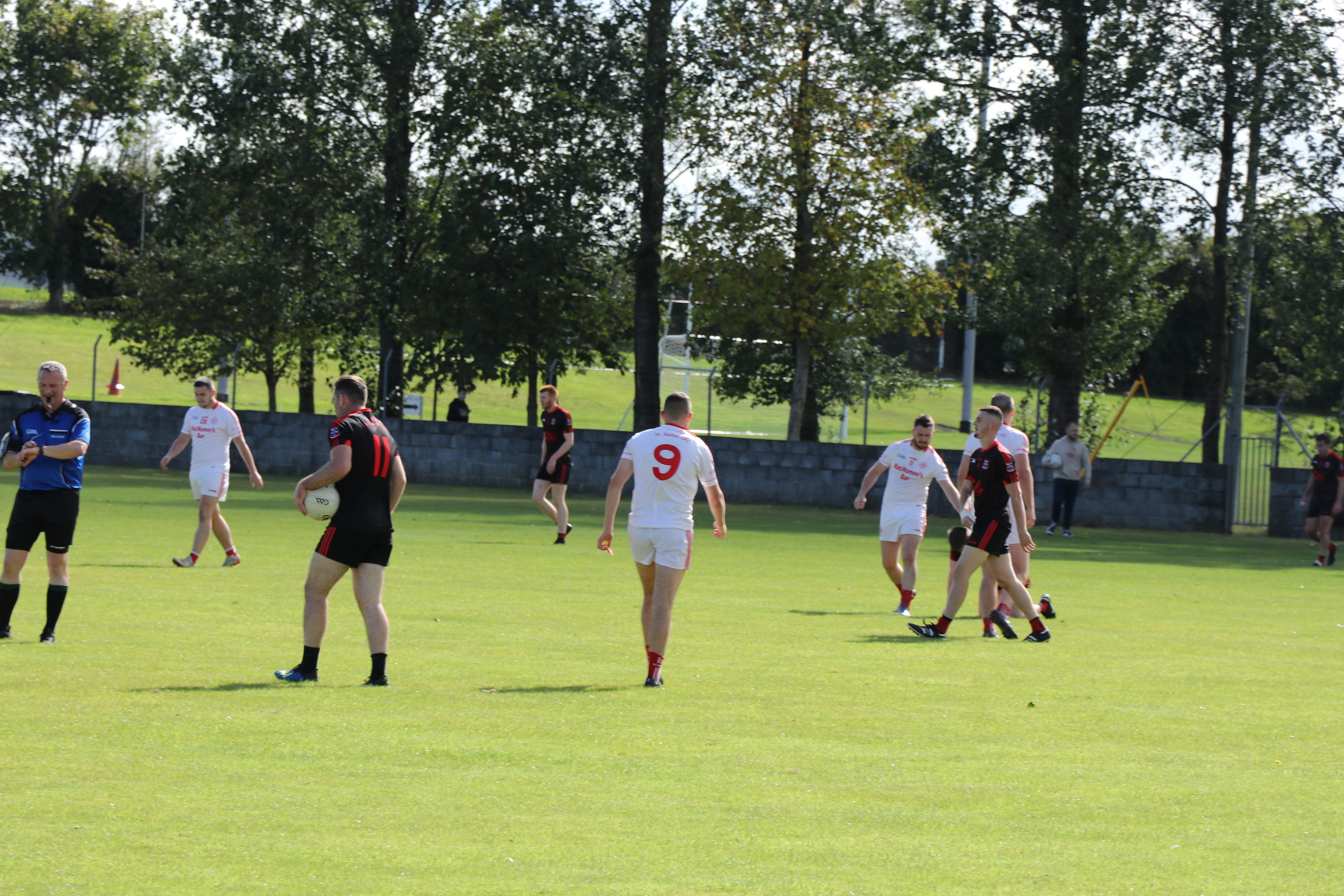 Our Senior mens team locked in their place in the Championship Quarter Finals this past Sunday. The lads grinded out a win in their final group game against Mattock Rangers in Pairc Mhuire, Ardee. We looked the better team for the majority of the 1st half and were unlucky not to get a goal only for a block off the line but a purple patch for the Collon men right before half time saw them go in 1-5 to 0-5.

We started the 2nd half a man down due to a black card but the lads stuck to the task and grinded away at the scoreline. From 4 down the lads dug in and after a suberb run from Stephen Hoey from his own 50 ended with Kieran McArdle sticking it in the bottom right. A draw would've sufficed but a brilliant 2nd half display left us with a 2 point victory on a scoreline of 1-10 to 1-08.

The lads will now face St. Marys GFC in the Quarter Final Stage. That game is fixed for Pairc Clan na Gael on Sunday 18th September at 1pm.

SafeTALK is a half-day alertness training that prepares ...

We are holding an Auction on Sunday 11th December at 2pm ...

Mass for deceased Club Members will be on Saturday 3rd De...

Thanks to everyone who attended our Defibrillator trainin...

Get live information for Club on the ClubZap App