Another Positive Season for Senior Team 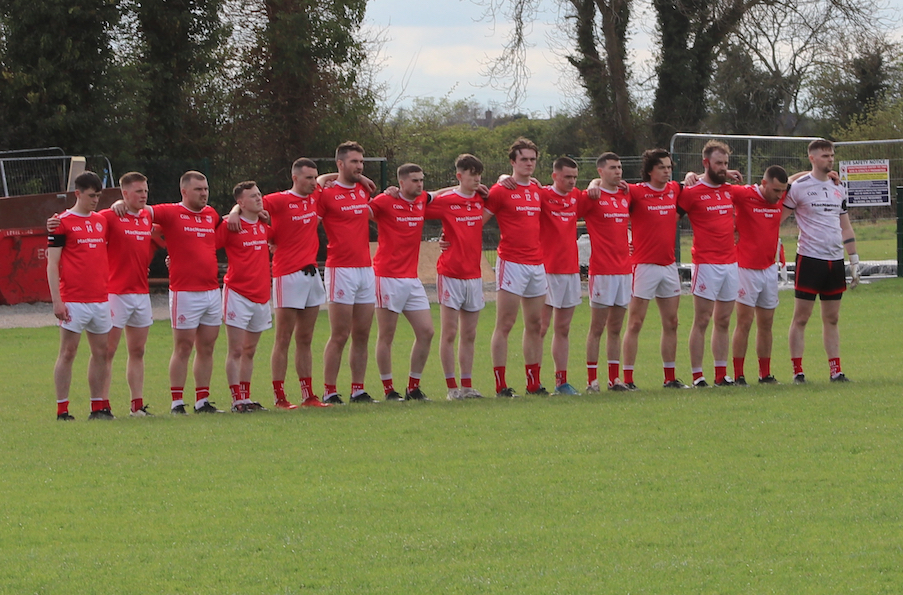 Published: about 2 months ago

Last Sunday our Senior team bowed out of the Championship after a defeat in the Quarter Finals against St. Marys at Pairc Clan na Gael. The lads missed out on a scoreline of 3-9 to 1-10. The game was extremely competitive and after conceding 3 goals in the first half the lads battled back to within a point and will rue chances they had to win the game but it wasn't to be.

Overall it was a successful campaign this year. The lads won games early and finished in the top 6 of the League before the split. A run of defeats followed once the league split which was very dissapointing but Senior League status had already been secured. A rebound in form came the closer to Championship we got and a win over Mattock Rangers in the second group game secured a place in the Quarter Finals against St. Marys.

We lost last year at the same stage of the Championship but this year it felt like we were closer to the big teams. A lot to football still to come in the upcoming Junior and Un21 Championships this winter and the lads will hope to build upon the last 2 seasons at Senior Championship as we compete for Joe Ward.

SafeTALK is a half-day alertness training that prepares ...

We are holding an Auction on Sunday 11th December at 2pm ...

Mass for deceased Club Members will be on Saturday 3rd De...

Thanks to everyone who attended our Defibrillator trainin...

Get live information for Club on the ClubZap App